Many people struggle to understand how addiction is a disease. It “looks” like a very bad habit, so it must simply be a weakness of will.

In the section “Addiction: A Spiritual Disease” I describe the neurological roots of addiction. A very primal part of the brain, associated with survival and that is autonomic, has hyper-prioritized the drug. So, the addicted person associates the drug with survival and ignores the warnings of the higher parts of the brain.

If you still have doubts try this: Don’t eat for four days, then try not thinking about food.

At the end of that time you will be so hungry that a primal part of your brain will take over and say “you’ve got to get food, and I don’t care if you have to break into a store to get it. This is a matter of survival!”

That’s what it’s like to be addicted. It’s truly a miserable experience even though the addict might not realize it.

I’ve also found that it helps if we change the word “addicted” to “attached.” We’re all attached to something that’s unhealthy. Those unhealthy attachments may affect our spirit if we are prone to gossip and criticize. The unhealthy attachments may affect us physically if we’re prone to eat too much or eat the wrong things. The disease of diabetes and atherosclerosis may be directly attributable to poor diet and lack of exercise, but no one would think to say they’re not diseases.

One other angle on this issue I want to address. Some people believe that if we regard addiction as a disease then we’ve given the addict an excuse. That’s never been my experience. The disease concept is not an excuse, but it is an explanation. The addict is often very relieved to be told that he has a disease, for a disease can be treated. They have hope! And so can you.

Addiction is a disease, but societally and personally we’re accustomed to regarding it as a failure of will, character, discipline, faith or all of these. I think the landscape is changing, but in the specific situation you’re in, understanding that we’re dealing with a disease is vitally important to getting into treatment and into recovery. 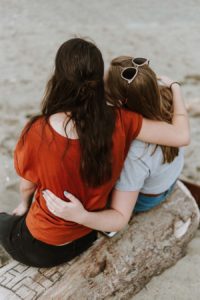